RSS
← The Mechanics of Dialogue
About Bite-sized Thoughts →

Dialogue on Steam, the IFComp and other Updates 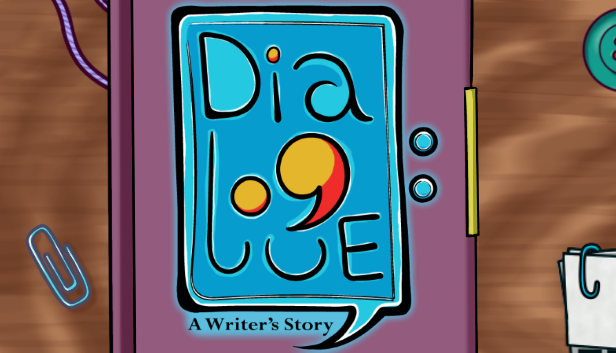 I’ve been spending my time working on different games, including sprucing up Dialogue: A Writer’s Story, which is now on Steam! If you haven’t played it since it came out, we’ve changed a couple of things which will make playing more interesting.

The game as a whole runs more smoothly, with shorter loading times, and we now have achievements for you to get (which hopefully hint at interesting parts of the game, or alternative approaches you could take). We’ve also changed up some of the visuals to give Dialogue more of a hand-crafted feel – string and buttons and paper cards make up the interface elements. Here’s a quick screenshot so you can see what I’m talking about.

When not working on Dialogue, I’ve also been spending time on Elemental Flow, both on the writing side and the art side. I’ve been trying to give Elemental Flow more of a distinct look so it stands out, but one I can still pull off on my own (since I might be the only artist). Feedback has been good, but what do you think? (There’s an animated gif in one of our blog posts at Tea-Powered Games, if you want to see the game in action).

Because I always have to have a side-project going (and Felidae is done, even if it’s not out yet), I signed up to the 2017 Interactive Fiction Competition. The games will be available for judges to play on Oct 1st, which is less than two weeks away. I’m looking forward to entering for the first time!

UPDATE – You can find my game, The Dream Self, here. I also wrote a post-mortem about it here, if you’re interested.

Posted by Florencia on September 22, 2017 in News, Video Games

← The Mechanics of Dialogue
About Bite-sized Thoughts →